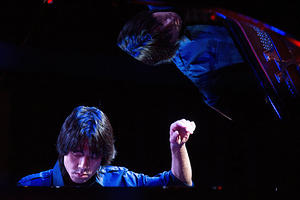 Playing with suavity and nuance, Taka Kigawa took the stage at Le Poisson Rouge last August with a daunting program: all of Pierre Boulez’s works for piano solo. On Aug. 24, Mr. Kigawa returns to the same space with pieces in the Boulez orbit, by one of his great precursors and by two who’ve been influenced by him. The concert includes both books of Debussy’s “Images” alongside Marco Stroppa’s “Traiettoria ... deviata” for piano and live electronics and Tristan Murail’s “Territoires de l’oubli.” (7:30 p.m., lepoissonrouge.com.)